We are hosting our first home game this weekend! 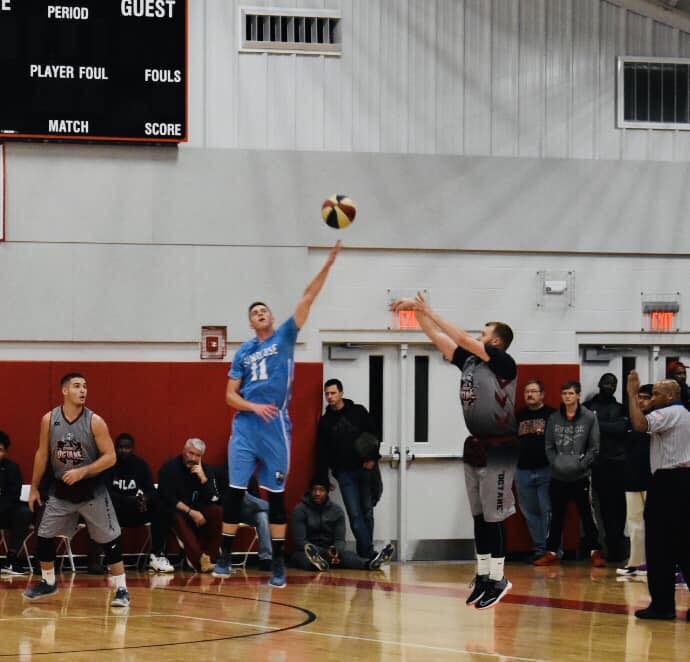 A big thank you to all of our supporters!

After three games as a team, we averaged 116 Points Per Game (PPG).

We currently have three players averaging over 20 Points Per Game (PPG).

Johnathan Annan leads the team in steals with 8 on the season and assists with 5.7 assists per game. Rashawn Powell leads the team with 13 rebounds per game followed closely by Hayden Ward at 12. Both Hayden and Rashawn averaging a double-double.

After three games we are averaging 20 assists per game (APG) and 47 rebounds per game (RPG). We aim to get our turnovers down as we’re currently at 9.3 turnovers per game.

The Oneonta Octane are coming off a 25-point loss to the Binghamton Bulldogs 106 to 131. On Sunday, November 11th, we play the Elmira Eagles. We previously beat the Eagles 131 to 112. Our first game of the season was against Elmira and although we started off 1-0 we quickly became 1-1 losing to the Syracuse Stallions 121 to 111, who are currently ranked 9th.

When we played Elmira the first game, Johnathan Annan, Matt Baldwin and Hayden Ward were key contributors. Hayden Ward received player of the game and Jon Annan finished with 30 points 6 steals, 8 assists, and 9 rebounds. Our players got in foul trouble early and we gave up 44 points to Elmira's big, Jimmel Brunson.

We are looking to make improvements and stop our 2 game losing streak this Sunday at 6 PM. The Stamford Central School has generously allowed us to use their facility and host what can be a great community event. We hope to see you in the stands, we also plan to live stream the game off of our facebook page (Oneonta Octane).

The Elmira Eagles currently sit with a record of (0-3) and they also play the Binghamton Bulldogs on Saturday (11/10).

We will have concessions at the game, and there will be a half-court shot contest for spectators during halftime. Everyone is invited and we hope to see you there!

Help Us Grow The Octane Community